The Nexus is dead. Long live the Pixel.

Experimentation begets innovation, but not all experiments succeed. That doesn’t mean they are all failures either; every ‘failed’ experiment leaves us in a better position for the next. As we apply the accumulated knowledge from our past failures, we iterate, improving our chances at success. That’s what Google did with the Nexus program, and the result is Pixel.

Back in 2005 when Google bought Andy Rubin’s Android Inc., little did we know that the company’s autonomous OS will dominate the then-Apple-led smartphone market in under a mere decade. Though unlike Apple, Android came with a huge problem based on its very nature: fragmentation. Being open-source, Android could be modified by any hardware manufacturer to fit their idea of how a smartphone OS should look and behave, and this lead to a frustratingly inconsistent experience across devices.

Android could be modified by any hardware manufacturer, leading to a frustratingly inconsistent experience across devices

Android was at risk of losing its identity, as it was getting more and more difficult for the layman to determine what constituted Google’s OS, and where the line began beyond which everything was a manufacturer or carrier modification. Another problem created by fragmentation was updates – Google had no control over the modifications made to the OS by manufacturers and carriers, and thus had no standardized way to update those devices whenever a new version of Android was ready.

While pure Android did exist as AOSP (Android Open Source Project), it was known only by the tweakers and tinkerers at XDA-Developer forums, as no mainstream device ran it out-of-the-box. Google had to step in to save Android’s identity from itself.

In January 2010, Google partnered with the most decorated and prestigious name in the smartphone manufacturing industry for decades: HTC, to bring us the Nexus One. It was the first in line of what was to be a pedigree of pure Android phones commissioned by Google from various manufacturers, designed by their teams together, and sold under Google’s own brand at their own stores, with their promise for long-term OS updates.

The Nexus One wasn’t built to sell like hotcakes, but rather to showcase Android in its pure, unadulterated glory

Based on the HTC Desire, which was awarded the ‘Phone of the Year’ title by multiple reputed publications, the Nexus One wasn’t built to sell like hotcakes, but rather to showcase Android in its pure, unadulterated glory. It was extremely well-received by critics and power-users alike, but barely made a dent in the mass market. Still, it was a start, and the promise for updates to every new version of Android the day they were released was a dream-come-true for the power users among us.

By late 2010, HTC had all but lost its dominance in the Android manufacturing business, as Samsung had taken over due to the remarkable success of its Galaxy S series (complete with its endless number of carrier- and region-specific variants: Captivate, Vibrant, Fascinate, Epic 4G, anyone?). Therefore, it only made sense for Google to go with the emerging industry leader for the next iteration of its Nexus program, and the Nexus S was born. I still consider it as one of the most beautiful and practical phones ever made, with its pitch-black AMOLED front that lacked any single button – a first for the industry – and nicely curved back that fit perfectly like a pebble in one’s palm, it was a marvel to behold and use. Again, it failed to take the market by storm, but that was never Google’s intention. Or was it?

2011 saw Google sticking with Samsung for its next Nexus iteration. Like its predecessor, the Galaxy Nexus was built upon Samsung’s then-latest-and-greatest, the Galaxy S2. The latter ended up becoming Samsung’s best-selling phone of all time, which didn’t hurt the sales of its Nexus cousin either. Praised for its merits by even some of the harshest of Android critics, the Galaxy Nexus went ahead to become one of the bestselling and most recognized Nexus devices to date, and for good reason. I still remember my excitement at unboxing it when I received it at my then-workplace, and marveling at both the sheer beauty of the hardware as well as the brand new software: Android 4.0 Ice Cream Sandwich.

By this time, Google had cemented the Nexus franchise as its flagship line of devices for showcasing the latest versions of Android, and a new Nexus was bound to follow soon after unveiling of any major Android release, with Android purists and enthusiasts clamoring for each iteration.

So far, the Nexus devices had been all great, high-end phones with state-of-the-art specs, but they came at flagship prices. That took away the incentive from many to pick them over other, more aggressively marketed devices, as Google was doing little to market the Nexus line at consumers. For the next Nexus, Google decided to shake things up. Instead of dedicating a big marketing budget, Google instead decided to channel those resources into developing a partnership with LG to build a flagship to end all flagships, while offering it at an unbelievable price tag of a mid-tier smartphone of that time.

With its premium glass back, nicely curved bevels and overall high-end look and feel, the Nexus 4 was a design marvel of its time, offering no compromise on any flagship features at an unbelievable starting price of $299 for the base model. It was almost too good to be true – enough for even TechCrunch’s resident notorious Apple fanboy MG Siegler to admit that if he were to switch from Apple’s ecosystem to Google’s, the Nexus 4 would be the device to convince him to do so.

A few great phones were released under the Nexus brand after the Nexus 5, but none ever came close to matching its success

Not willing to stop there, the tag team of Google and LG decided to one-up their game the following year with the Nexus 5. While they did away with the glass back to cut costs, everything else about this phone screamed flagship. It’s the smartphone I have used the longest: since its release in late 2013 till late 2016 – that’s three years, and I would have continued using it had it not died on me after being thrown on hard surfaces, taking a plunge in water puddles and what not. Each time a new phone came out or I broke it, I weighed the options of switching to another one, but didn’t see one reason compelling enough to make that decision. It really was that damn good, at an unbelievably low price of $349 for the 32 GB model. And the 16 GB base model was still priced at $299! In my opinion, that was the year the Nexus program had peaked. There were great phones released under the brand afterwards, yes, but none ever came close to the recognition and success achieved by the Nexus 5.

By that time, Google had acquired Motorola’s Mobility division, which brought big hopes in the community for finally getting a Google phone manufactured by Google itself (or in this case, by a manufacturer owned by Google, as Motorola Mobility was still being operated as an ‘independent’ division). Unfortunately, much like the acquisition itself, the Nexus 6 didn’t deliver on those high hopes. At 6″, it was too big for the taste of most users, and deviated from the price standards set by its recent predecessors. It wasn’t a bad device; it just didn’t deliver on the expectations the market had from Google.

By 2015, another big player was making itself noticed in the industry, much like Samsung in the early 2010s. Upon finally releasing a few solid devices after several mediocre attempts, it only made sense for Huawei to cement its quest for authenticity in the industry by getting Google’s Nexus stamp on its portfolio. Though that wasn’t it – another player was also back in the game, and it was none other than the manufacturer of two of the most beloved phones in the franchise: LG. The result was not one but two Nexus phones for the year – LG’s Nexus 5x as the variant sporting the more reasonably sized screen, with Huawei’s Nexus 6p venturing into phablet territory. Equipped with the latest in biometric technology and overall flagship specs, both were quite decent devices, but failed to revive the Nexus brand.

I personally didn’t see much of a reason to upgrade to either, both because of being already happy with my Nexus 5 which was standing the test of time with flying colors, and also because they deviated from the Nexus aesthetics. To me, Nexus meant the device’s hardware getting out of the way on the phone’s front, leaving just a blank canvas showcasing the latest version of Android in all its glory, and nothing more. Since the Nexus 6, this seemed to be no longer the case, as hardware elements seemed more prominent on the phone. Perhaps I’m being more picky here than most would be, but I wanted my Nexus to be as minimal in terms of hardware as it gets. And I had that with the Nexus 5.

Google also released a bunch of tablets under the Nexus brand along the way, with the Nexus 7 garnering the most success and acclaim, especially in its second generation iteration from 2013, thanks to both the excellent specs and form factor as well as the affordable price tag starting at $199. It basically did for tablets what Nexus 4 did for phones. Though I’ve personally seen little use for tablets in my own computing experience, so I’ll keep the focus of this article on phones.

Come 2016, Android has matured beyond our expectations as not merely an OS, but also as an ecosystem. As a result, most manufacturers have also come a long way from loading every needless feature in their custom Android builds, and many have improved their update cycle significantly, even if it’s still far from ideal. This refined and closer-to-pure experience on a higher number of Android devices has naturally affected the need for a program like Nexus. Also, after getting critical acclaim for its foray into the hardware business with the Pixel line of Chromebooks and tablets as well as the OnHub router, it only made sense for Google to eye smartphones next.

Finally – a line of devices designed and marketed solely by Google, for Google! Yes, there is still an OEM (Original Equipment Manufacturer) involved, but that’s no different from Foxconn building all of Apple’s devices. For its 2016 range of smartphones, Google finally decided to pull the plug on the Nexus brand, along with hardware partnerships with big names of the industry, to favor its own Pixel brand. This puts the Mountain View giant in direct competition with its previous partners, but it’s simply the next logical step for Google. It may be the end of the Nexus era, but it’s only the beginning of Pixel’s reign.

I will not include much info on the Pixel phones here, as this article isn’t about reviewing them. This piece is about what many might call the rise and fall of the Nexus, but I see it as more of an evolutionary step in Google’s smartphone journey.

Will the Pixel line of phones finally be the devices to dethrone the iPhone from its undisputed market leadership position (as individual devices), or will they be seen as another bunch of wannabes attempting to be the next iPhone? Only time will tell. For now, though…

The Nexus is Dead. Long live the Pixel. 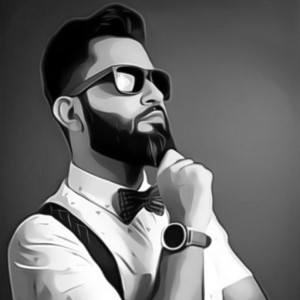 Join my list of subscribers to receive my weekly newsletter on industry insights, tips & tricks, how-to guides, freebies, and limited-time discount deals for several products & services.
No spam. Ever.